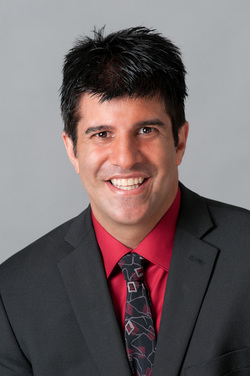 Daryl is The CEO of The Learning Consultants, the holding company of Law School Writing.  Daryl graduated magna cum  laude and Phi Beta Kappa from Georgetown University, where he graduated number one in his concentration and was named the Outstanding Student  in his department.  Daryl earned
two graduate school degrees: a law degree from the University of Pennsylvania
Law School, where he was named to Who's Who in American Law Students, and a  master’s degree from Penn's Fels Center of Government. Daryl also earned a  prestigious Equal Justice Foundation Fellowship, for which he served at The  Brookings Institute, the nation's top think tank.

After Penn Law, Daryl was appointed an Assistant District Attorney in
Philadelphia where he worked on high profile homicide appeals. Thereafter, Daryl moved to Washington, DC and served the United States as enforcement attorney with the SEC where he led the investigation into one of the largest financial  frauds in history. After serving as an associate with one of the nation's
largest law firms, Daryl became Vice-President and General Counsel for Mindgrow an A&E television-funded new media-education company.

In order to pursue his interest in education and to focus directly on helping students reach their potential, Daryl founded The Learning Consultants in
2000.  The Learning Consultants grew to become the  largest privately held educational services company in Connecticut, embodying Daryl’s vision of combining outstanding teachers with a unique mastery philosophy, and an intense devotion to serving clients.  Recently named to Who's Who In America, Daryl has been featured on NBC News and in national magazines such as Business Week and Online Learning and  local media such as The Hartford Courant and WMRD Radio. Daryl has also published numerous articles in national magazines on various educational  issues.

In addition to running The Learning Consultants, Daryl is a professor of Constitutional Law, Controversies in Law and Politics, and Controversial Trials as well as various courses related to law and government.  Combining his devotion towards teaching with his subject based expertise in law, Law School Writing has been helping students thrive in law school since its creation in 2010.

Daryl is a featured speaker on educational issues on a local and national level.  Daryl, lives in Old Saybrook, CT with his wife and three children, and can be reached at (860) 510-0410 or via email at dcapuano@LearningConsultantsGroup.com.

Several of our law school tutors work in law firms in New Jersey and Connecticut and therefore need some  publi anonymity. The team is comprised of Ivy-league law school graduates who clerked at the federal level and have extensive legal writing experience.